Communicating is Key to the Success of any Relationship 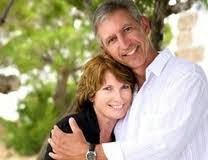 Communicating effectively in any mature dating relationship is a two way street. It is not only about talking, it is also about listening. There is no point if one person is talking all the time. One way communication will make no improvements to your relationship. If the other person listens and interacts, then it means you have successfully got your message across and the other person is trying to help resolve it and come to a consensus. Sometimes, you may not have explained what you are trying to say, and this may mean you have to clarify what you are saying and make sure that your partner understands exactly what you mean. Remember that a successful dialogue is when you have gotten your point across, not when you have finished saying what you wanted to say.

Sometimes, a simple misunderstanding can lead to a lot of unwanted issues. It could be something a person said, or something that may be talked about. An issue can never be resolved unless you come out with it in the open. If you truly want to solve the problems and develop a mature dating relationship, you have to learn to be vocal about it and willing to explain what made you think in that manner. Mature dating starts with a good understanding of how to communicate.
Often, mature dating couples try to be too nice to each other and don't actively exchange what they feel about things. If you are trying to tell yourself to not speak up because you want the relationship to last, then think about the day when it all comes out at once. This might probably be the day that your relationship might come to an end. Hence, a smart thing to do is resolving issues as they happen rather than wait for them all to come out in the end and cause more damage than they were supposed to.

A good tip for effective communication in a mature dating relationship is the interest you show in the other persons problems. In a dating relationship, you must be willing to make sacrifices as well as ready to make some compromises to make the other person feel comfortable and cared for. Thus,if the other person is saying something that may not really be something you care about, you still need to have the interest to listen to it and then provide feedback. There is no point in trying to act like you care because it will eventually backfire and put you in a tough spot later on.


Most communication issues stem from a place of selfishness. We want something but can't have it or we're restricted from getting it because of the other person, so we get angry and we connive to get it. Or it could be the pride that comes with selfishness. So many couples end up in arguments and forget what they're even arguing about. In this situation it is pride that is fueling the negative emotions. Learning to submit to one another and live humbly will put out any fires that burn from selfishness and pride which is the first step to developing a mature dating relationship.
Posted by Love Begins at 40 at 02:27