How To Make Online Dating Work For You


So you have decided to take the plunge and go for it. Thrown all caution to the wind and jumped on the mature online dating bandwagon? First off, it's not that scary. Loads of people are meeting online now, and with 20% of serious relationships starting online it's probably as good a time as any to go out there and meet someone new. 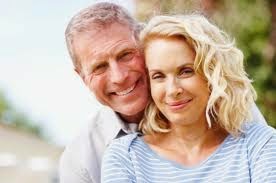 As with all social interactions there are some obvious and not so obvious rules of engagement. Here are a few to put under your belt to prepare you for the dating scene.

1. Trust your gut
This is going to be your most important ally. Never ever ever do anything that you do not feel comfortable with. We all have different expectations of being wooed, as well as what feels right or wrong with a potential suitor.  You are not everyone's ideal. So don't think everyone will be a fit for you. Don't expect it to fall into place straight away. That way if it does you will be pleasantly surprised.

2. When you join a site there is a natural order of things.
The good guys who will have taken the time to read what your profile says and their initial contact will show this. We all know guys are visual creatures, but if a guy is on a dating site you'd think he'd at least take the time to figure out if you have more than just the physical attraction in common right? The good guys do take the time to read what you bothered to put down.

3. There will be casual sex hunters
You know the ones I mean. Those guys who send you messages out of the blue telling you all the wonderful things they are going to do to your body that will blow you away.
Don't be upset by it. Don't think you put out something weird on your profile that attracted them. Some guys are just driven by their rudder. Plain and simple. There's no point trying to go into lengthy conversations about the equality of the genders or how you hate to be objectified. It will be like white noise to them. As long as they're not sending pictures of their trouser snakes to your inbox I would just ignore their emails. Or politely say I am not interested. And if all else fails, there is always that reliable ‘block sender' option.

4. There will be online boyfriends who never want to meet offline.
The point is the internet offers people the anonymity to be whoever they want to be. Don't take it for granted that everyone who is on the dating site is going to be telling the truth about everything. There will even be people who just want someone to talk to and have no intention of meeting you in person. I personally have no idea what drives these people, maybe low self-esteem, laziness, cruelty, who knows? All I know is that if you meet someone online and they are less than keen to take it offline then you need to ask some very real questions.
Basically, are they real?

5. Profile pictures
A profile with one picture could either mean he's too lazy to post pics. Or the picture isn't actually him. Think about it. He's been on the site a few months now, and he still has that low resolution selfie with a friend cropped off as his profile picture. Either this guy isn't trying very hard to pull, or he's not who he's pretending to be. What's worse, he's not even trying to ‘sell' himself. Ask him for more pictures, and if they're not forthcoming I would move on.

6. Take things at your pace. Don't let anyone rush you.
Again this goes back almost to our first point. You know why you are on this site, you know it took you a while to make up your mind that you were ready to explore other avenues to meet someone new. But now that you're here don't just jump for the first man out there.  Take your time, consider your options. The good thing is that prior to committing to meeting someone and taking it further you can shop around. We all like to do that don't we? Go into several stores and try out different clothes to see how they fit. This should be no different.

A wise suggestion is to first ‘meet' guys by webcam to get a sense of who they were. Words can be so easily misinterpreted, and you can get a better ‘feel' of the person by having a virtual chat. Both parties could agree that this was just to see whether it is worthwhile going on to have a real date, and could be a thirty minute chat with no expectations. It could save you months of meaningless conversation with guys that are not suitable company.

Internet dating is fun! So take a deep breath,  and go and strut your stuff! Good luck!
Posted by Love Begins at 40 at 09:25